Minimising your exposure to hormone disruptors 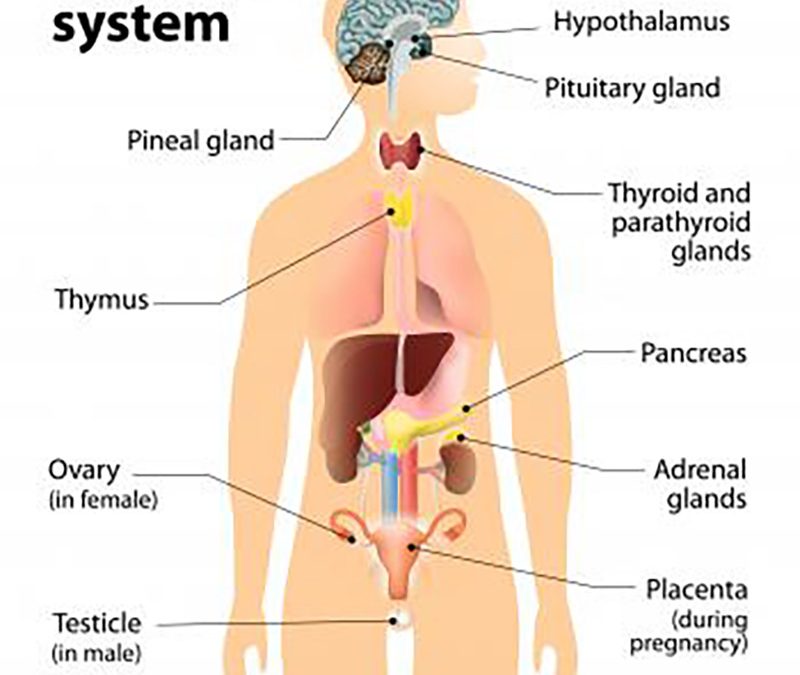 In a recent research paper I came across, I found an alarming statistic: women are exposed to an average of 168 chemicals every day through the application of many personal care products including shampoos, creams, cosmetics and also everyday household cleaning products.

Over the last 70 years, more than 80,000 man-made chemicals have been released into the environment. Increasing scientific evidence shows that some of these chemicals, known as hormone disruptors, are having a profoundly worrying influence on our health.

So, how does a lot of nasty chemicals actually affect the delicate balance of our hormones and negatively impact our health?

Hormones and what they do

Hormones are produced by the endocrine system which includes the ovaries, testes, adrenal, pituitary, thyroid, and pancreas. They are then secreted into the blood where they act as the body’s chemical messengers.

For example, hormones work with the nervous system, reproductive system, kidneys, gut, liver, and fat to help maintain and control:

Hormone disruptors and what they do

Hormone disruptors can be classed as synthetic chemicals used in medications, cosmetics, and household products. They’re also present in the environment/atmosphere in the form of pollution and heavy metals (lead and mercury for example).  Some commonly named hormone disruptors you may have heard of include phthalates, plastics such as BPA, dioxins, PCBs, PBBs and cigarette smoke.

They interfere with the production, transport, release, metabolism, binding, action or elimination of the body’s natural hormones.

Usually, our natural hormones bind to hormone receptors in the body like a key fitting into a lock. When the key fits, it unlocks the process of sending messages to regulate functions in the body. Hormone disruptors can tamper with this process and can:

Some of the health problems beginning to surface from the few research studies carried out include early onset of puberty, infertility, polycystic ovary syndrome, fibroids, breast cancer, miscarriages and endometriosis. This is not the full list. In men, some of the risks and health implications include birth defects of the penis, undescended testicles, impaired fertility due to reduced sperm quantity and some cancers such as testicular and prostate.

So, what can we do to minimise our exposure to this horrible lot of chemicals?

Natural household cleaning products to try
Ditch the harsh chemical cleaning agents in favour of some kinder, gentler, natural products. I’ve recently been experimenting and wanted to share some of my favourite new methods. You will need:

Grease and grim
To tackle grime, mix bicarbonate of soda with warm water and scrub the stovetop with a cloth. You can also use this trick to brighten dulled stainless steel appliances, pots and pans.

Ovens and surfaces
Spray a small amount of white vinegar in the oven, on the hob, or on surfaces, let it sit for ten minutes and wipe clean with warm water. You can also use this method to remove hard water deposits in the dishwasher. Be warned, it has a strong smell, so you may want to leave the windows open to air your rooms!

The kitchen bin
A basic mixture of bicarbonate of soda and water will revive a dirty bin – not only does it remove grime and dirt, it also prevents odours, so once you’ve cleaned your bin sprinkle some in the bottom.

Taps and metal finishings
Remove hard water build-up with cotton wool balls soaked in some hydrogen peroxide or use  a mixture of salt/warm water and an old lemon wedge to buff up over the salt water mixture – works wonders!

Mirrors and windows
Apply a diluted mixture of white vinegar and water  with a cloth and buff up with newspaper for a streak-free finish.

Baths and showers
Remove any dirt/grime with bicarbonate of soda and a cloth.

Plants!
As usual, nature provides for us – did you know that plants such as ferns and peace lilies can remove harmful compounds from the air around us and provide us with more oxygen? Plants act as natural purifiers.

Natural /organic cosmetics to try
Natural and organic beauty products are more expensive – there’s no way around that it seems. Some of the best include Neals Yard, Dr Hauschka, Korres (a Greek brand which is fantastic and more reasonably priced), Green People, Burts Bees, Jason products, Pai, Weleda products (their Wild Rose deodorant is good) and I also like the Dr Organic range at Holland & Barrett. For those who like to paint their nails, the brands Zoya and Butter London provide a range of lovely colours, free from harmful chemicals and toxins.

I’ve found a lot of Aussie and New Zealand companies producing really nice, natural, organic and kind products for our face and bodies. Look out for brands such as Antipodes, Trilogy (the organic rosehip oil is just lovely and lasts well), Aesop, and By Nature.

You could also attempt to make your own face creams and cleansers from natural products such as aloe vera, honey and coconut oil!

I hope this has inspired you to seek out some kinder alternatives to try out!